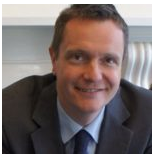 Roger is a solicitor responsible for commercial transactions of all types from advising management teams and financiers on private equity deals, to negotiating, drafting and reviewing an extensive range of commercial contracts. He has particular expertise in banking and corporate finance, charities and non-profit making organisations advice, commercial contracts, corporate finance, joint ventures, private equity transactions, shareholder’s agreements and compliance. Roger played an active role in opening The Free School Norwich and was director of the school from November 2011 to September 2013. He was a Trustee and Chair of the Dereham, Watton and Holt Citizens Advice bureau September 2008 a governor of Trowse Primary school in October 2010 and is now the Chair of Governors for Framingham Earl High School, Norwich. 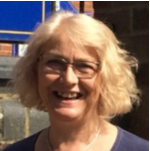 Miriam started teaching in an Infant School in Newham, East London in 1977.  In 1980 she moved to Norfolk and has taught in a number of schools in the county, the majority being within the Long Stratton Cluster. Her career moved from Class teacher to Deputy Head and she became a Head teacher in 1996 at Hempnall First School. In the time she was Head teacher at Hempnall  Primary she has took it through many changes in educational direction. She was also a Consultant Head teacher, working with schools in an advisory capacity and a Local  Systems leader. She led the transition at Hempnall from First School to Primary School and following this managed a successful new build programme for the school. In January 2000 she became Partnership Head of Shelton with Hardwick Community School and Hempnall Primary and the schools Federated in April 2015 (SHHS Federation). Miriam retired in August 2016 She brings considerable educational and leadership experience to the role. 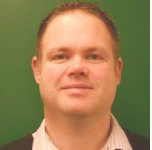 Paul was Chair of Governors at Watton Westfield before becoming a Trustee. He is a territory Sales Manager for Norbrook Laboratories – managing circa £1.8m of pharmaceutical sales to over 300 veterinary practices. His skills include the ability to work to budgets, improve margins whilst continuing to hit growth targets each year,

David is an experienced and successful senior manager responsible for a multi-disciplinary team, his specialisms include: developing teams, budget management, change management, coaching, people-management, dealing with difficult situations, disciplinary processes and business development. He is solution focussed and believes that an organisation’ strength lies in its’ people and a culture of learning. He has been involved with the governing body in a number of capacities during my time with governing body, including chair, and helped support through the transition to our current Multi-Academy Trust status and he is the Health & Safety lead. He passionately believes in the partnership’s plans for the MAT and that our ethos of sharing resources and expertise across our schools has allowed a flourishing environment of collaborative working and this can only grow stronger with more schools as part of the whole. David lives in Long Stratton, his daughter previously attended one of our trust schools and he wishes to see the MAT as a central part of the community in the local area.